Why paying for backlinks is a bad idea 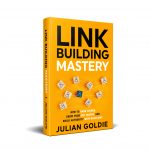 FREE BOOK - LINK BUILDING MASTERY: HOW TO TRIPLE YOUR TRAFFIC WITH BACKLINKS.

There’s a reason why Google came out with the “Penguin” update in 2012 – to penalize websites that were engaging in black-hat SEO tactics, like paying for backlinks. And yet, people are still doing it… because it works, at least temporarily.

If you’re like most SEOs, you’ve heard that buying backlinks is a bad idea. But what are they, and why are they so bad? In this post, we’ll explore the dangers of paid links and how to avoid them. Stay safe out there!

It’s hard to keep track of Google’s algorithm changes – kind of like trying to predict the stock market. You have to be adaptable and flexible on any given day or you might find yourself in an unfavorable position.

The good news is that Google wants to offer users the most relevant content so if your goal is to provide quality and accuracy, you’re already off to a great start. Of course, keeping up with what works and what doesn’t can feel like a full-time job, but staying ahead of the curve will only ensure continued success in the digital world.

If you think backlinks from any old website will help your ranking in search engines, prepare to be disappointed. Inevitably, flooding your website with poor-quality content isn’t doing any favors.

Quite the opposite – not only will you not have seen any improvements in search engine rankings but you could also potentially have been penalized for having too many illegitimate backlinks. It’s an issue that bedevils SEO players far and wide, so remain vigilant – only quality counts.

There’s no guarantee that paying for backlinks will even work

Paying for backlinks often seems like a fool-proof way to boost your page rankings, but recent research has shown that it’s really just a fool’s errand. Despite their promise of increased online visibility, advertised backlinks can be spammy and irrelevant and may not get picked up by search engine algorithms at all.

The only guaranteed result of shelling out for those links? A much lighter wallet. So maybe it’s time to invest the money elsewhere – such as improving the content on your website or taking part in link-building activities that you have more control over!

You could get penalized by Google

Attention all webmasters: if your strategy for boosting website rankings involves buying backlinks, you might want to think again. Google is taking a hard stance on link manipulation, and they have a powerful arsenal of tools that allow them to quickly identify and penalize websites using shady tactics to boost its SEO. Until tech giants start allowing you to pay off the algorithm itself, you’re better off earning honest links naturally!

When it comes to getting noticed online, content rules the roost. Trying to game the system with link buying and other shady tactics will only lead to headaches – which is why the best way to build natural links is through creating quality content that your audience actually wants to see.

Instead of taking shortcuts or allowing SEO concerns to get in the way of creative expression, pour your energy into producing something that people are naturally drawn to. The better your content, the higher likelihood of initial interest and continued sharing – so focus on cranking out material that’s bound to make a real impression!

So there you have it! Paying for backlinks is a terrible, no-good, very bad idea. We hope that this article has opened your eyes to the dangers of link buying and convinced you to avoid doing it at all costs. If you’re ever feeling tempted to pay for links, just remember: if it sounds too good to be true, it probably is.

With a team of 70+ people, our link building agency has over 5 years experience building backlinks for SEO, working with hundreds of clients to grow their websites with SEO.

FREE BOOK - LINK BUILDING MASTERY: HOW TO TRIPLE YOUR TRAFFIC WITH BACKLINKS.